As previously discussed in my article, HAARP, Project NIMBUS, and the Fire of the Gods, DARPA is eagerly pursuing the capability of striking any target worldwide with “fire from the heavens”.

Let’s recap.  In their DARPA 2012 (budget) Justification Book we find the following:

What is ELF/VLF Research?

ELF/VLF stands for Extremely Low Frequency and Very Low Frequency, and refers to the range 300 Hz to 30 kHz. We’re talking about radio waves, like the AM/FM signals you get, just at an even lower frequency. On our planet, the most potent source of ELF/VLF waves is lightning, so a lot of what we do comes down to studying lightning and its various impacts on our Earth’s environment, detectable even in Antarctica.

Lightning has broader impacts than just the flash of light and thunder. For instance, certain kinds of lightning can cause a brief discharge tens of miles above the cloud, called sprites, which were predicted in the 1920s but not discovered by scientists until 1989. In fact, some lightning can even accelerate electrons to speeds enormously close the speed of light, producing gamma rays that we usually only see in association with collapsing stars and black holes. The Stanford ELF/VLF group is actively engaged in understanding how lightning impacts out planet’s ionosphere and magnetosphere. Read more about studies of sprites and transient luminous phenomena, and terrestrial gamma-ray flashes.

The US Air Force says:

Weather as a Force Multiplier: Owning the Weather in 2025 mirrored from vol3ch15

Location: The United States is home to thunderstorms of various type, duration, scale and intensity. This program would like to capitalize on the unique geographic features of various locations across the CONUS that offer an increased likelihood of intercepting thunderstorms that exhibit unique characteristics (e.g., elevated, supercellular, multicellular, pulse, etc.).

Enough catching up, let’s now delve into our current topic: 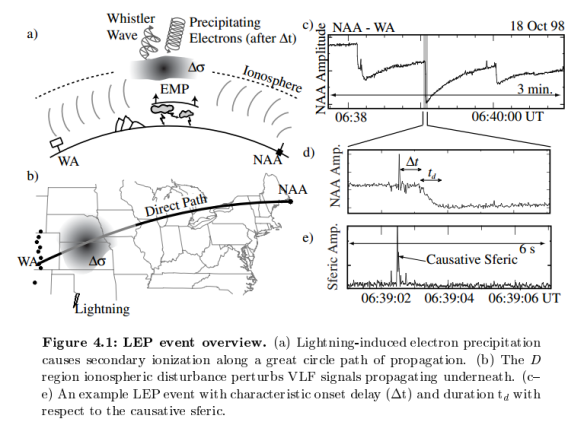 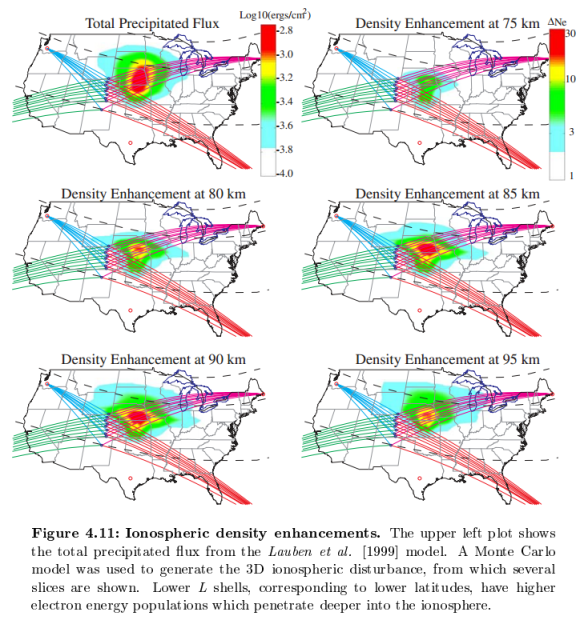 With or without ducts? 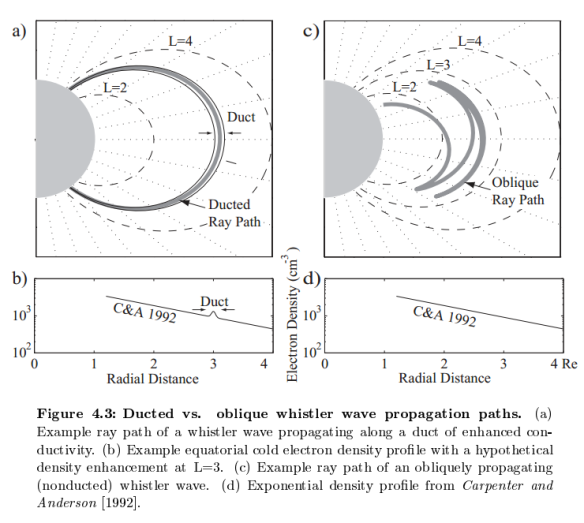 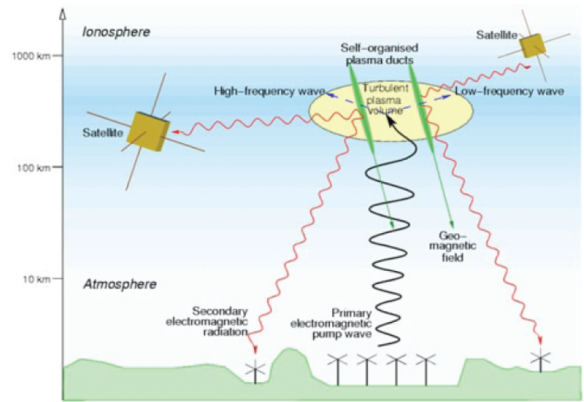 A Holographic Array for Ionospheric Lightning (HAIL) Research from dtic.mil

IMPACT/APPLICATION
The lightning induced D-region disturbances studied with the HAIL array and photometric sensors affect VLF communications, particularly during periods of increased solar activity. Also, remote sensing of these disturbances is contributing to the understanding of D-region chemical and electrical processes.

It woke up sleepy Tulsans, set-off car alarms and freaked out the family pet. Many people thought it was an earthquake that hit Tulsa at 3:33 this morning.
Instead, says National Weather Service Meteorologist Steve Amburn, is was a “Super Bolt.” Amburn says a super bolt is a positively-charged cloud-to-ground stroke of lightning.
Computer records indicate a single “super bolt” struck in the heart of South Tulsa just after 3:30.
No damage from the super bolt is reported.

The National Weather Service office in Tulsa reports receiving several phone calls from residents who mistook a strong clap of thunder for an earthquake.
Meteorologist Pete Snyder says he felt his south Tulsa home shake during the thunder Tuesday morning and that people from across the Tulsa metro area called the weather service to ask if it was an earthquake.
Research seismologist Austin Holland with the Oklahoma Geological Survey says thunder was recorded at seismic stations across the state during the night. Holland says there were no earthquakes recorded in the state either Monday night or Tuesday morning that would have been large enough to have been felt.

Knowing that DARPA has a hard-on for lightning, I dug a little further:

We have confirmed the following:

Was this “Thunderquake” man-made?  You be the judge.

HAARP Project NIMBUS and the Fire of the Gods

The Sonic Weapon of Vladimir Gavreau – Tesla, LRAD, and HAARP

Tesla – Man Out of Time by Margaret Cheney – from archive.org

Barrington-Leigh and Inan, “Spatial Extent and Spectral Characteristics of Elves Triggered by Positive and Negative Lightning Discharges,” in review at GRL.