Geoengineering research began as a war tactic in the 1940s for the US and the Soviet Union during the Cold War. During the Vietnam War, the US used geoengineering to flood certain areas. Then in 1976, 85 countries signed the U.N. Convention on the Prohibition of Military of Any Other Hostile Use of Environmental Modification Techniques.

They could also be used simply to make battlefield conditions more favourable to one side or the other in a war (such as in Operation Popeye). For example, laser-guided weapons are confounded by clouds, and thus switching off cloud machines would favour forces using such weapons, and switching them on would favour ground forces defending against them.

Whilst laws or treaties may prevent the manipulation of the climate as a weapon of war,it could be argued that geoengineering is itself a manipulation, and thus destroying or disabling the geoengineering structures is not prohibited.

A new legal framework may be necessary in the event that large-scale geoengineering becomes established.

Patent US5003186: Stratospheric Welsbach seeding for reduction of global warming

Carnegie’s Ken Caldeira said, “It will make it harder to achieve broad consensus on developing and governing these technologies if there is suspicion that gaining military advantage is an underlying motivation for its development…”  http://en.wikipedia.org/wiki/Geoengineering

Drought is a direct result of a chain of events which cause any weather pattern to be disrupted.

Texas right now is in a very bad way in the drought monitor. Billions have been lost to the economy as farms and ranches are feeling the effects as the earth cracks and all plant life dies.

I remember just a handful of years ago we had a winter rain that flooded the death valley area! 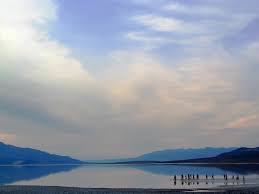 Suddenly the seeming dead landscape came to life with flowers that were dormant for century’s.

When the blocks are removed rain happens so naturally! Results are so dramatic and life changing.