http://www.youtube.com/user/CaptainTripps2010?
This GWEN tower rises above the cell tower next to it causing earthquake clouds as the ground shakes around it.

The temblor registered over 4.0 on the richter scale and it is just another quake in a series that has been occurring for almost three weeks now.

Earth is wrapped in a donut shaped magnetic field. Circular lines of magnetic flux continuously descend into the North Pole and emerge from the South Pole. The Ionosphere, an electromagnetic-wave conductor, 100 kilometers [62 miles] above the earth, consists of a layer of electrically charged particles acting as a shield from solar winds. 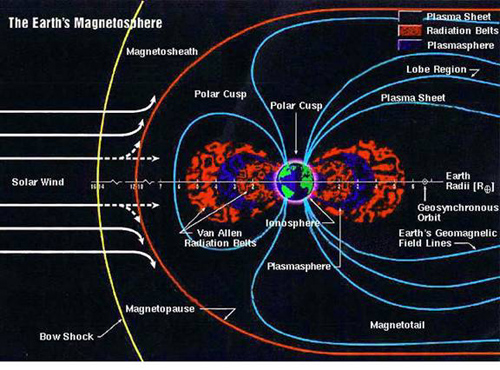 Earth Resonant Frequency
Natural waves are created which result from electrical activity in the atmosphere. They are thought to be caused by multiple lightning storms. Collectively, these waves are called ‘The Schumann Resonance’, with the strongest current registering at 7.8 Hz. These are quasi-standing [scalar], extremely low frequency (ELF) waves that naturally exist in the earth’selectromagnetic cavity which is the space between ground and the Ionosphere. These ‘earth brainwaves’ are identical to the frequency spectrum of our human brainwaves.
[Frequency nomenclature: 1 hertz = 1 cycle per second, 1 Khz = 1000cps, 1 Mhz =1 million cps. Wavelength: A 1 Hertz wave has a wavelength that is 186,000 miles long, A 10 Hz wave is 18,600 miles long, etc. Radio-waves move at the speed of light (186,000 miles per second)]
HAARP
The Creator designed living beings to resonate to the 11 natural Schumann Resonance frequency pulsation in order to evolve harmoniously. The Ionosphere is being manipulated by US government scientists using the Alaskan transmitter called HAARP, (High-Frequency Active Auroral Research Program) which sends focused radiated power to heat up sections of the Ionosphere, which bounces power down again. ELF waves produced from HAARP, when targeted on selected areas, can weather-engineer and create mood changes affecting millions of people. The intended wattage is 1,700 billion watts of power.
Geomagnetic Waves & GWEN 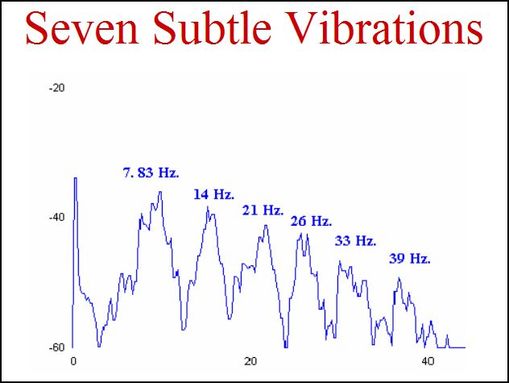 GWEN (Ground Wave Emergency Network) transmitters placed 200 miles apart across the USA allow specific frequencies to be tailored to the geomagnetic-field strength in each area, allowing the magnetic field to be altered. They operate in the LF range, with transmissions between LF 150 and 175 KHz. They also emit waves from the upper VHF to the lower UHF range of 225 — 400 MHz. The LF signals travel by waves that hug the ground rather than radiating into the atmosphere. A GWEN station transmits in a 360 degree circle up to 300 miles, the signal dropping off sharply with distance. The entire GWEN system consists of, (depending on source of data), from 58 to an intended 300 transmitters spread across the USA, each with a tower 299-500 ft high. 300 ft copper wires in spoke-like fashion fan out from the base of the system underground, interacting with the earth, like a thin shelled conductor, radiating radio wave energy for very long distances through the ground.

The United States is bathed in this magnetic field which can rise from ground up to 500 ft, but goes down into basements, so everyone can be affected and mind-controlled. The entire artificial ground-wave spreads out over the whole of the USA like a web. It is easier to mind-control and hypnotize people who are bathed in an artificial electromagnetic-wave.
GWEN transmitters have many different functions including:
1. controlling the weather,
2. mind control,
3. behavior and mood control, and
4. sending synthetic-telepathy as infrasound to victims with US government mind-control implants.
GWEN works in conjunction with HAARP and the Russian Woodpecker transmitter, which is similar to HAARP. The Russians openly market a small version of their weather-engineering system called Elate, which can fine-tune weather patterns over a 200 mile area and have the same range as the GWEN unit. An Elate system operates at Moscow airport. The GWEN towers shoot enormous bursts of energy into the atmosphere in conjuction with HAARP. The website http://www.cuttingedge.org wrote an expose of how the major floods of the Mid-West USA occurred in 1993. china kills 64 Los Angeles Santa Monica fault Pacific Palisades Westwood, Beverly Hills and Santa Monica, and the Newport-Inglewood fault