We are at a time when our electronics can do us good or FAIL us miserably! When we have 100 tornado’s in a 2 day span with the most damage starting in west Oklahoma at Woodward, just west of one of the lower 48 states largest radar laboratory.

DOE  but they list one Oklahoma site at Lamont, Oklahoma and the other at Ponca City, OK. But wait they have 28 ARM sites running high frequency, map here; http://www.arm.gov/sites 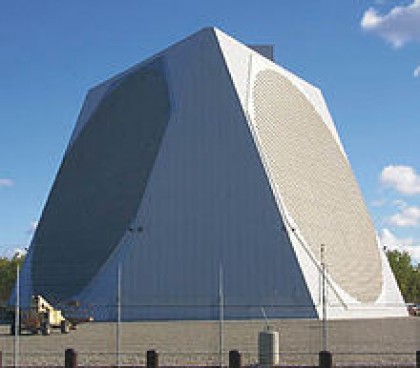 the ARM Facility received funding from the American Recovery and Reinvestment Act for new and upgraded instrumentation, equipment.

So for the recovery of AMERCIA paid for by us we are asking not to be destroyed anymore by electronics, but to use them to calm the wild storms, not excite them out of control!

Take another good look see at this image

Notice the gnarly looking area where the clouds at the right being pushed and the dark to light are more contrast into vertical up and down. Well this is a satellite image of exactly the direct result of a ARM site in the far south Indian Ocean with cloud movement away from the blast site. Now what happens with incoming cloud formations? We see them stacking moving away, seems just as likely as the stacking will take place when cloud water vapor is moving towards the radar microwave sites causing mega storms to appear out of thin air. Mega storms with highly excited atoms of H2O2, with updrafts, downdrafts, rotation all easily made into the clouds!https://naturalrain.wordpress.com/2012/04/01/antipodesorographicallyglobal-atmosphere-watch/

Less-than-lethal weaponry exists that uses millimeter waves to heat a thin layer of human skin to an intolerable temperature so as to make the targeted person move away. A two-second burst of the 95 GHz focused beam heats the skin to a temperature of 130 °F (54 °C) at a depth of 1/64th of an inch (0.4 mm). The United States Air Force andMarines are currently using this type of Active Denial System.[1]

The following measurements are those considered scientifically relevant.

Greg Carbin, a meteorologist at the Storm Prediction Center in Norman, Okla., said Monday most of the tornadoes were in Kansas, followed by Oklahoma, Iowa and Nebraska. The tornadoes hit during a 24-hour period from 7 a.m. Saturday to 7 a.m. Sunday after forecasters warned of a “high risk” of severe weather.

At least six deaths were blamed on a storm that went through the northwest Oklahoma town of Woodward and destroyed more than 100 homes and businesses. Woodward County emergency management director Matt Lehenbauer said that the sixth person passed away after he was brought to an Amarillo, Texas hospital the morning after the tornadoes hit. CBS This Morning (CTM) added that 28 people were injured.

Thirteen business and 89 homes were destroyed, according to CTM.